All About Iron Nails 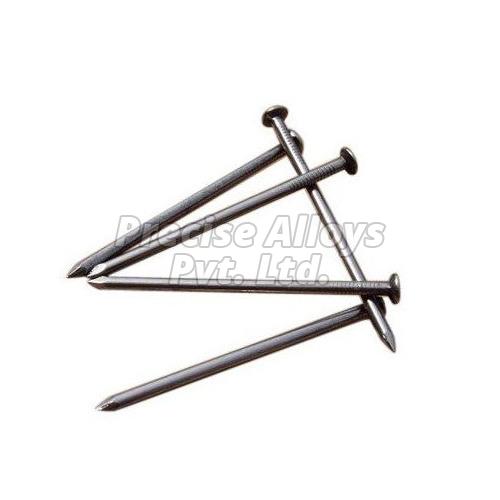 A nail has a pointed end and the other end is a flat head, and it is consisting of shank or a metal rod. You can use hammer on its flat head to use it into the pieces of various types of materials including wood for fastening.

Today steel made nails have maximum use, though iron, aluminium, wood, brass, etc. various other materials are also used in the making of nails. The design patterns of the nails can be changed like by plating or coating its surface to have an improvised corrosion-free, high gripping strength, and decorative pieces. Depending on the applications areas, the point, shank, and head can be offered different shapes. The exporter companies of iron nails in India efficiently provide more than 300 kinds of products in the world and most of them are used in the construction of residential housing. In the foreign countries like United States, most of the houses use wooden frames and thus record says almost 30000 nails are used by every of their constructions.

Categories of Iron Nails: Depending on their length, nails can be categorized into three ways –

Though such categories are not evenly defined and there is a significant edge between these categorized nails.

In the 3500 B.C. nails were first time used in Mesopotamia. Though the initial metals used in it was probably bronze or copper, but very soon iron replaced them. In the earlier times, nails were forged using hammers, and people needed to prepare them one by one! Thus iron nails were very expensive at the earlier times.

In 1500, a machine got invented for producing flattened and long iron nails, which were then called as nail rods. Later in the United States, two more machines were developed in 1786 and later in 1790 for producing more iron nails rapidly. Flat sheets of iron were passed into these machines to produce pointed pieces from those.

During the 18th century, England used to export nails to other countries of the world. The smithy or one of his trainees first time designed the one tapered head and one sharp ended nail. In 1850, metal wires were introduced for producing iron nails from it, and this technique has modified for making various metallic nails like iron nails, etc. today. In the 20th century, wrought iron nails were first made.

Raw materials used to prepare nails: Iron has various advantages but some disadvantages too like it rusts after a few years when remains with the contact of atmosphere. But only performance is not everything for people today, they want ‘good look’ too. And, thus, today steel nails have backed the use of iron nails. Though apart from steel, copper, aluminium, iron, stainless steel, bronze, silver, nickel, zinc, and monel are also used in the making of nails.

This entry was posted on January, 30, 2020 at 12 : 20 pm and is filed under Iron Nail. You can follow any responses to this entry through the RSS 2.0 feed. You can leave a response from your own site.